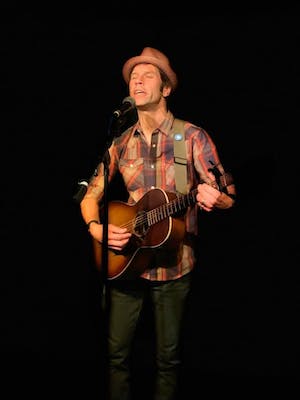 iCal
Google
Come check up with three of the areas finest songwriters all on one bill.

“There is a deep embedded ache in Bousquet’s voice. You can feel it down in the trenches of his soul and through the crack in his voice.” – Redline Roots

“On Into The Light Within Bousquet really separates himself as a songwriter from a very crowded field of excellent songwriters taking up camp in his home state. While he’s not afraid to crank up the electric guitar to prove a song’s point, it’s his more introspective moments, such as on “Gloria” that he really knocks it out of the park.” – Chip McCabe, Lonesome Noise

"Memorable melodies and intoxicating hooks that are instantly appealing . . . well worth tracking down." - Del Day, Americana-UK

"Songs that grab at the throat, heart, and soul." - Rootstime Belgium

"Bousquet's melodies pour out with folksy ease, his memorable choruses invite singing along, and his lyrics are smart without being show-offy" - Brian LaRue, The New Haven Advocate

"Now those are the kinds of songs that matter!" - How Gelb, Giant Sand

Brian Larney is an eclectic, non-stop music making machine. The Connecticut native splits his time performing as a solo acoustic act and as the front-man of his band Brian Larney and The Town Hall. He's an alternative folk-rock singer-songwriter with an honest and thoughtful style that has been described as

“quirky, earnest, and vulnerable.” It’s as rooted in the pop music writers of the mid-1960’s as the contemporary artists that he is often compared to, e.g. Jason Isbell and The Decemberists.

harmonizing. “I would get to school at 6:00 AM and sneak into the choir room just to pick out

songs and work on harmonies,” he says. As a songwriter, his early efforts were he says,

“overly complicated 7-minute opuses.” Through his varied tastes as a listener—which span

pop to bluegrass—and work as a gigging musician within a diverse array of bands, including

the genres of power-pop, post-punk, acoustic and Americana, he gradually essentialized his

GMO, without the sugar crash; his style hearkens back to the days of Simon and Garfunkel,

the Beatles, and maybe a bit of Partridge Family."

Hist latest album, White, is an emotional reflection of the struggle and joy of relationships

and life during these tense political times. It was produced by Larney himself and mixed by 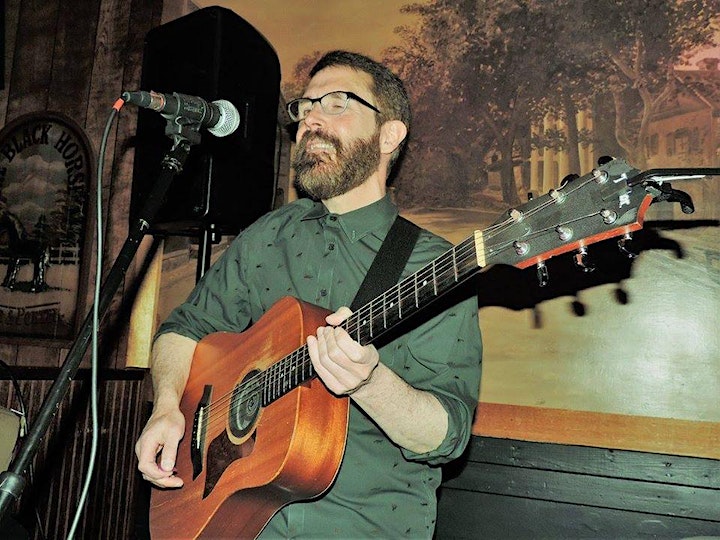 EJ Nash (aka Eric Sanders) makes genre blended, guitar rooted songs themed in flawed faith and wrong turns. As a guitarist in two “on the verge” female fronted bands in the 90’s (The Crossing)/00’s (The Roxies), he shared stages with multiple national acts and recorded with Grammy winning production teams. In more recent years, he participated in songwriting workshops with Dar Williams, Jimmy Dale Gilmore, and Beth Nielsen Chapman, and cleared an audition for artist developer Judy Stakee (Sheryl Crow) where he cowrote and coproduced the single “Then We Got Older” in Nashville. He is currently in the process of deepening musical collaborations and finding a new and more authentic voice as a solo artist.