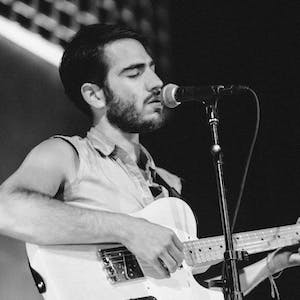 among the acres, S.G. Carlson

James and Simone Felice holed up in a barn in New England in the dead of winter with Jacob to record this EP. You can hear the influence of the Felice’s, with an organ flourish, a touch of accordion, coaxing out those spacious, poignant moments on Surrender. Combining folk sensibilities with classic soul, in the vein of Alabama Shakes or Ray Lamontagne, Jacob’s EP is influenced equally by South Carolina, where he spent most of the past decade, and the Northeast where he spent his formative years. It’s a plainly self-reflective piece, not trying to impose itself on your but to bring you along for this frightening, elating, confusing journey.

“Among the Acres” is a folk rock quartet based out of Hartford, CT that fuses an eclectic range of influences into a sound defined by cascading vocal harmonies, intricate string melodies, and an insatiable desire for “groove”. They deliver powerful live performances, marked by a dynamic spectrum of style, emotion, and sound.

New Haven Connecticut’s S.G. Carlson writes with an acerbic punch, exploring a fascination with the mundane, good and bad uses of free time, and radical honesty. A veteran performer, Carlson has spent the past decade performing with indie duo Ports of Spain, the slack rock outfit Laundry Day, and Americana rockers The Proud Flesh. Carlson’s solo venture, S.G. Carlson draws from his experience in these projects to form a sort of Laurel Canyon glam.

His second self produced album, Sing The Hits is currently in production. In the course of his young career has performed with the likes of Andy Shauf, The Suitcase Junket, Christopher Paul Stelling, Brook Pridemore, Frontier Ruckus, Jake McKelvie, and Sean Rowe.