Couchsleepers, Ports of Spain, Among The Acres

iCal
Google
Love me a great Wednesday night of live indie music. You will too.

Folk storytelling that tastes like indie rock; a soundtrack for restless nights.

From the back of the bar, Ports of Spain instantly scan as a full band, so it's a shock to discover their mathy shoegaze-pop is constructed by just two musicians . Ilya Gitelman uses octave pedals and loops to play lead, bass and rhythm guitar simultaneously, while Sam Carlson contributes vocals, keyboards and drums. Don't be fooled -- Ports of Spain are not another band that trades directionless loopy jazz odysseys for pure songcraft. Their equipment never gets in the way of their complex melodies. They write actual songs, consistently avoiding complication for the sake of complication. They juggle tons of ideas in every song, creating a noise that's consistently about to fall apart. That it doesn't is incredible by itself. Their brilliant songs may seem like a bonus under these circumstances, but don't underrate Ports of Spain. Even as these two guys spew chaos into crowded clubs, their songwriting is always there to remind you why a grounding in planned songcraft keeps so many of the best bands tethered to excellence. Ports of Spain belong in their company. Ports of Spain have played with bands like Tera Melos, Hospitality, Beach Fossils, Fang Island, Pissed Jeans, Pile, ONWE, Speedy Ortiz, Morning Teleportation, Kal Marks, The Paper Kites, and Solids.

"Ports of Spain is a small band with a large potential for success."

"Gitelman re-creates parts he played in the studio — sinewy chord progressions, sub-octave bass riffs, surf-rock strumming patterns and arpeggios — without necessarily being constricted by them, and also sings. Carlson croons bright melodies, plays tom-driven beats, bashes cymbals and works a keyboard with one hand. Each man's routine is a tightrope act, synchronized with the other's."

"Ports of Spain goes a sonic step beyond the two-man band paradigm."

"New Haven's Ports of Spain are Worth Seeing Over and Over"

“Winter’s Teeth — a plinky, reverb drenched, airy, indie-rock song, replete with washes of background vocals tribal drums. The musical proficiency and layers of high quality production apparent on this track mark Ports of Spain as a band to watch." 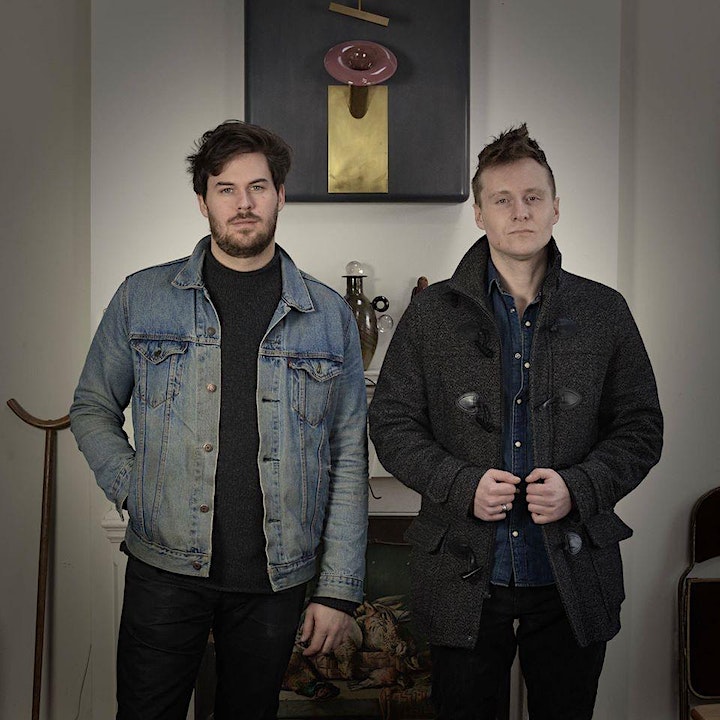 Merging elements of Folk, Rock, Pop, and Americana, Among the Acres delivers an eclectic yet singular sound, marked by cascading four-part vocal harmonies, dynamic grooves, and a keen sense for lyricism. Cutting their teeth by playing everywhere from breweries and small clubs to festivals and showcases throughout the Northeast, the “Acres” have been honing their powerhouse of a live set non-stop since the band’s inception in 2017.

Erik, Sean, Greg, and Michael came together while all working on separate projects with common producer, Patrick Giguere. Their mutual admiration for each other’s craft quickly elevated the band beyond the typical assemblage of players and into a brotherhood, defined by collaborative songwriting and a unified blend of voices. Soon after forming, the band garnered local acclaim, being voted “Best New Band 2018 ” by readers of Hartford Courant and being asked to record their debut album at CT’s own Telefunken Soundstage.

“Looking In” marks the first recorded release for the band and has received critical acclaim from various indie blogs, music curators, and listeners alike. Among the Acres is currently on tour throughout the Northeast to bring their original music to new audiences. 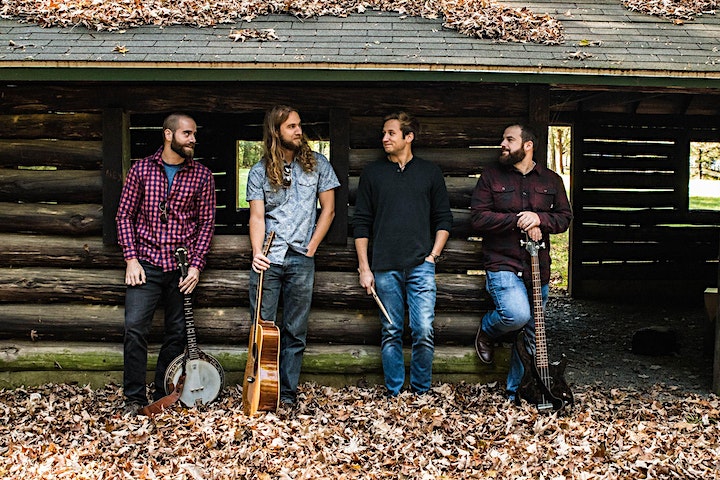