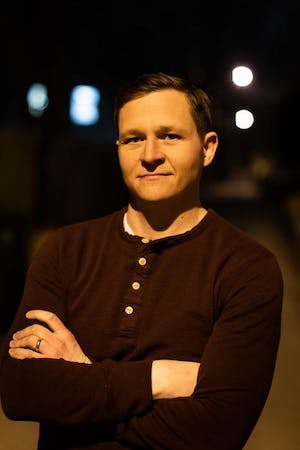 Having burst onto Nashville’s bustling Americana scene with his debut EP in 2018, E.G. Vines is preparing for the release of his first full-length album as a solo artist. Produced by Jordan Lehning (Kacey Musgraves, Robert Ellis, Rayland Baxter), Family Business is a deep dive into Vines’ broad-ranging roots rock sound paired with lyrics that relate themselves to the human condition. As its title suggests, at its core lies a focus on what makes us, as a collective society, family. With lead single "The Salesman" already in rotation at regional taste-maker Lightning 100, Vines is poised to break out on a national scale.

The skyrocketing riffs of “The Victim” kick the album off in style, complete with high-rising instrumental breaks and Vines’ own soaring across the track vocally. It gives listeners something expressive and personal to start out on while touching on today’s social climate. Vines recalls, “I started writing ‘The Victim’ when I was at the beach with my family thinking back on the progression of my life. It talks about victim mentality—if you feel like a victim, you’re going to be a victim. There is a way to break out of that and hopefully we learn to see it."

“The Hate Remains” sees the roots rocker delving deeper into history than he perhaps ever has as a writer. Accompanied by gentle guitar tones and the subtly sweet warble of his friend Charlie Whitten's whistle, Vines recalls his time attending the University of Alabama. Reflecting over its troubled past, he sinks into the still lingering scars of the civil rights era and slavery. “It’s me going back after not having been there for a while and looking at how everything has changed physically with the campus, but there’s still underlying problems,” he states.

Inspired by America’s gun violence epidemic, Vines ruminates over his desensitization towards news of mass shootings throughout the melancholy Americana of “Feel Again”. Mournful pedal steel sweeps throughout the song as Vines doles out its passionate and all-too-honest message. He flips the blues grit dial to 11 in “Blood In The Streets”, a favorite of his live shows and one that he was especially excited to record in the studio. “That was a fun one to record,” Vines recalls. “It really came to life in the studio with the group. It’s fun, it’s rock, it’s loose.” Closing track “Poor Man, Rich Man” sees Vines leaning into a heaping helping of gospel-tinged soul to contrast very different upbringings. As he sinks further into the song’s swampy groove, Vines ultimately settles on a message of love, expressing, “If you don’t feel right / then try to hold each other tight.”

Growing up in Jonesboro, Arkansas, Vines first cut his teeth as the frontman to an alternative rock band in high school. Since then, he’s become a respected name amongst the greats of Nashville’s expansive roots rock cabal. First moving to Music City in 2009, Vines quickly became a hot commodity for his work with The Bandoliers, a respected facet of the blues and Southern rock scene in the mid-2010s. The band released their last album in 2015, at which point Vines acted on the urge to go solo.

Dropping his debut EP, Conversation—produced by Eddie Spear (Brandi Carlile, The Delta Saints)—in 2018, the rocker gave listeners their first taste of a more thoughtful, nuanced side to his songwriting. It was a much longer process than he was used to, with Spear acting as a songwriting mentor more so than a traditional producer, scrapping Vines’ initial batch of tunes and pushing him to hone his craft before releasing new material. The finished product was worth the wait, and showcased Vines’ newfound, stirringly eclectic Americana sound.

All in all, Family Business is an album about family, but not solely the nuclear sense. Vines has a knack for injecting his thoughts on hot button issues and well-crafted life anecdotes into his music as any bonafide roots rocker should, but his vision is wider in scope. In communicating his ideas on love, loss, and life, he instantly creates a connection with listeners that feels universally relatable and utterly personal. To this end, he aims to make us—one and all, as humankind—feel like family.

Songwriter and co-founder of New Haven’s renowned CATWALK during the 1980s-90s, Bob Crelin now steps up to the mic with his own brand of blues-infused rock/Americana. Bob’s unique rhythmic style and poetic sense combine with strong melodies and wry social commentary in songs that evoke shades of classic artists like: the Animals, Steve Miller, David Bowie... even Frank Zappa.

Songs that Bob Crelin has co-written with his former band, CATWALK have been on the reporting playlists of major market rock radio, and college radio stations- without being signed to a label. Through their journey as songwriters/ artists, Bob and the band were featured in several industry articles including Billboard magazine and the New York Times.

Bob continues to write and record new material, releasing singles and doing club appearances throughout the years. He is often joined by the stellar vocals of his wife Suzanne. Bob has been selected as the opening act for noted artists, including Marshall Crenshaw, Jon Herrington of Steely Dan, and blues guitarist, Sue Foley. His latest single, "Times Three" is currently available throughout the music download universe. 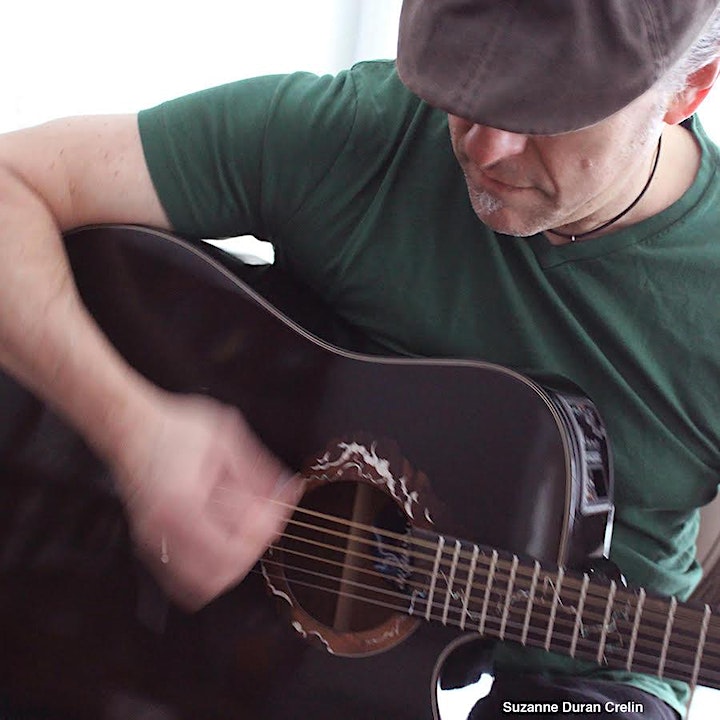