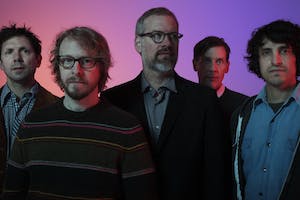 iCal
Google
“Eyelids is one of the most kick-ass bands on the planet.

EYELIDS have a collective history of creating music for some of the most legendary indie songwriters. These longtime Portland, Oregon collaborators were not only the principal instrumentalists for Robert Pollard's post Guided By Voices band Boston Spaceships for over eight releases, but they have also worked with Stephen Malkmus, The Decemberists, Elliott Smith, Sam Coomes of Quasi, Black Prairie, Jason Lytle of Grandaddy, Loch Lomond, Damien Jurado and Peter Buck (who is producing their upcoming EP this Fall).

Principal songwriters John Moen and Chris Slusarenko have turned inwards to their loves of New Zealand/Flying Nun guitar buzz, their teenage L.A. Paisley Underground obsessions, haunts of early Athens and all things beautiful, lopsided and rock. Along with members Jonathan Drews (guitar), Jim Talstra (bass) and Paulie Pulvirenti (drums) they push and pull against each other's songwriting, in a beautiful tension that just works. Their critically celebrated debut 7” SEAGULLS INTO SUBMISSION got airplay everywhere from BBC Radio to WFMU and was also included in MOJO Magazine's Editors Picks of The Month. This single, as well as the accompanying video, is just a hint of what EYELIDS are all about.

With 13 songs, most of them clocking in at less than 2 1/2 minutes, their debut album ‘854’ is full of what EYELIDS describes as “sweet melodies and bummer vibes”. ‘854’ makes us remember when our favorite songs were both melancholy and buoyant—those same songs that could make you feel justifiably sad and later make you feel incredibly happy and empowered. That’s what these guys are onto. And, although they are on their own trip, they’ve been compared to Love, Dinosaur Jr., Big Star, and even early R.E.M. Good company. This is the spirit that comes alive in EYELIDS songs: the Beatles meets Television jangle of “Psych #1,” the wistful pleas of “Abby’s Friends,” the beat-your-head-on-the-dashboard croon of “Forget About Tomorrow” and the deserted desperate cries that propel “Say It's Alright”. And as you listen, you will soon find out that Eyelids’ music is seriously catchy, haunting and uniquely their own.

Hallelujah The Hills have been releasing critically acclaimed albums and touring the U.S. since 2007. Described by Spin as “criminally underappreciated” and lauded by Pitchfork for their “fist pumping anthems,” they’ve been declared “Boston legends” in their hometown and as having a “cult following” by Stereogum. The band released their first two albums on Misra Records, assisted Titus Andronicus in recording their breakout album The Monitor, and are one of the only bands to have ever toured with The Silver Jews. Their sound was creatively explained as “the kind of punk rock you’d expect on stage at the roadhouse from ‘Twin Peaks’” in The Boston Herald. Others go further, with Aquarium Drunkard noting “few do it with the style and imagination of Hallelujah the Hills” and Captain’s Dead boldly publishing that they “without a doubt they are one of the greatest bands currently making music.”

Band founder and songwriter Ryan H. Walsh’s debut book, Astral Weeks: A Secret History of 1968 (Penguin Press), received rave reviews from The New Yorker, The Guardian, Rolling Stone, and was a New York Times end-of-year Critics’ Pick in 2018. I’m You, the seventh full-length album from Hallelujah The Hills, was written in the months after the book’s release (even incorporating Astral Weeks’ flute player John Payne into the band for the achingly dreamy song “It Still Floors Me”). Kicking off the record with these mirror-plated lyrics, “Hello I am the person singing this song / and if you think that might be you, well I guess you might not be wrong,” I’m You attempts to erase the border between performer and listener, singer and audience, band and fans. The album digs so deep into the concept of self-identity that, by the time the final song ends, you might just feel like me. If there was a Venn diagram featuring these two overlapping circles—wildly triumphant and overwhelming melancholy—the overlap zone would be where I’m You lives. Now entering their 14th year as a band, with a lineup and live show as exciting as ever, Hallelujah The Hills return with their most unified statement yet. 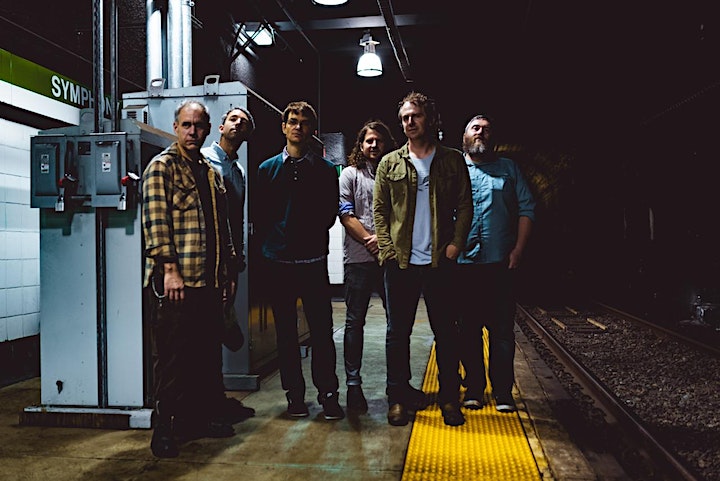