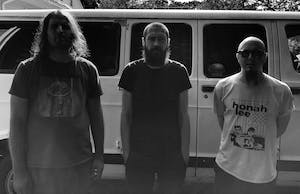 "No room. This noise-punk record (Cycloptic) packs a couple hours of inventive, oddball ideas into about 10 minutes, and they have a song called 'Sundays Are Stupid', so it's really goddamn great." - Decibel Magazine

"As a long time fan of metal and grunge, I'm always excited by something new. Grizzlor come from New Haven, Connecticut and their music is full of pure aggression and youthful energy. This is a band I'd go out of my way to see - the energy here needs to be heard." - NME Magazine, UK

"“Connecticut” and “metal” usually go about as well together as Jews and K.K. Warslut, but in Grizzlor we may have found the exception to the rule as the New Haven outfit delivers a bruising blend of noise rock and sludge on their new album Destructoid, out now. Micro-label Hex Records released the effort, but I wouldn’t be surprised if they graduate to the big leagues soon enough." - Metal Sucks

"It’s nice to see a band that’s clearly catering to no one, just wearing the clothes they own and not thinking twice about it, naming their band after a He-Man character and not worrying that it might not impress you. That comes through their music too, which plays out like a young and rowdy take on Helmet and Unsane –" - Matt Korvette/Pissed Jeans, Yellow Green Red

"On this new release (Cycloptic) they boil down each song to its essence of fuzzed out angular riffs, pummeling bass and pounding drums. No song goes over the two minute mark. Grizzlor uses this brevity to their advantage... Grizzlor has stepped up to the plate and delivered one killer slab of noise rock on this release. Here’s hoping it raises their profile significantly, not only in the noise rock community, but also in the larger, national, loud rock scene. It deserves your attention." - New Noise Magazine

"You're gonna need to smoke a bowl before pressing play. In fact, you may have a gun to your head. Baked sludge absurdity... these guys make drug-nihilism and wild-eyed crazy sound like a hell of a lot of fun. Sloppy, raw, fucking dirty, but upbeat (with more than a tinge of madness) these guys take the Eyehategod/Fistula base on a detour through trebly surf punk spazz." - The Sludgelord

"Grizzlor is a slow, heavy band with loud, plodding drums and huge guitar riffs. They're definitely influenced by AmRep stuff of the '90s. The singer has a growling, shouting, ranting delivery. They belt out tongue-in-cheek screeds about bitterness and being a loser, with occasional diversions into insight. I know The Melvins and Killdozer are pretty much untouchable, but the former take themselves far too seriously these days and the latter are no more. So give Grizzlor a shot." - Razorcake, Issue #91

“Completely brutal, sludged out, noise rock masters from New Haven, Connecticut, Grizzlor. I don’t know what’s in the water in Connecticut, but every band that comes out of that state is potentially some of the heaviest and most pissed off music concentrated from one area. I’ve heard some extreme metal and some of the fastest punk come out of this area, but these guys add elements of both and do it better." - Radio Static Philly

"Lot of noise, lot of fuckall, not too many songs... most of which hover on either side of 90 seconds apiece... Dissonance, grit and tension pervade the offering front to back (Cycloptic). If Grizzlor are playing in the basement, somebody’s gonna call the cops." - The Obelisk

“New Haven’s Grizzlor are a brutal new band that sludges and punks and grunges up the metal. Their music is loud, agitated, aggressive, and makes for a 100% good time. There are only three dudes in Grizzlor, which is strange, because I thought this big time sound was surely made by an angry army.” - Oh My Rockness

"Connecticut’s GRIZZLOR is the perfect example of a band harnessing the raw power of unadulterated chaos and trying to add some structure to it. The result lies somewhere between success and mayhem." - Lonesome Noise

“Grizzlor have confirmed that—once again—sludge, noise rock and everything in between, go hand in hand.” - Metal Mellowdee

"... we imagine these guys stink after all of this mess... This is the stench of manly musk from guys playing a squat party in the middle of an electrical fire caused by their strumming." - Deaf Sparrow

“There is nothing polished and arguably welcoming to When You Die yet it is one of the most gripping and inescapable joys of the year. Noise rock has a new heir to its throne and it is called Grizzlor.” - Ringmaster Review

"As I listened and was pleasantly surprised by the chaotic and sloppy nastiness that reminded me of early Amrep bands like Cows or Halo of Flies, mixed with some Wire and Pissed Jeans." - Staticfraction

"GRIZZLOR hail from New Haven, CT and they play a fuzzed-out ALL CAPS ALL THE TIME brutal form of noise rock that I just can’t get enough of here at GIMME TINNITUS." - GIMME TINNITUS, Brooklyn 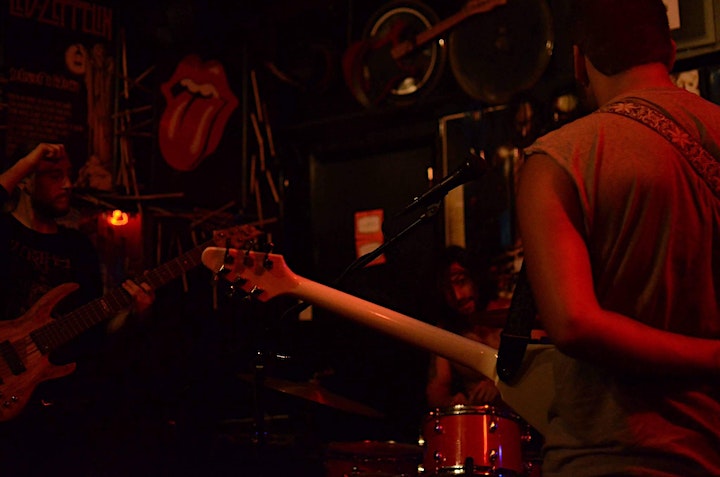