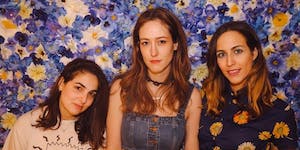 iCal
Google
FREE with RSVP ($5 at the door)

Born from the DIY/all-ages scene New York, THICK make music with the raw `defiance of punk and addictive melodies of pop, punchy and catchy and wildly tongue-in-cheek. With their live show typically spawning a mosh pit described by Stereogum as “more like an aggressive hug,” the Brooklyn-based trio bring an unchecked intimacy to every song while building a deep and unshakable solidarity with the audience.

The band’s third EP and first release since signing to Epitaph Records, THICK bottles up the reckless energy of their live set and adds new textures to a gloriously scrappy sound they’ve labeled “girlwave.” The three-song release also reveals THICK’s particular brand of lyrical genius: calling out the stupidities of the status quo, and claiming their own space apart from the masses. "Each song is its own anthem, showing each of our personalities and the things we're dealing with," says Page. To that end, the “So Sick” pokes fun at fashion punks and their attempts at degenerate glamour, while “Your Mom” delivers what Black calls “a tirade against all the things your mom said you could or couldn’t do” (e.g., “You’re always late/And don’t be gay”). And on “Green Eyes,” THICK turns unpredictably dreamy, the track’s overlapping vocals telegraphing the strange frustration of a partner projecting their emotional baggage onto you.

All originally from New York State, the three members of THICK each followed their own distinct path into music: Page began playing drums in third grade and later saved up her babysitting money to buy a used Rockwood drum kit; Sisti got a guitar from her grandmother in fourth grade, then taught herself to play after sitting through one boring lesson; and Black started out on flute and piccolo as a kid, played keyboards in a band after moving to Brooklyn, and eventually switched to bass (i.e., “the little unsung hero in all of the best songs”). With Sisti and Page forming the band in 2014 and Black joining the lineup two years later, THICK made their debut with the 2016 EP It’s Always Something… and put out their sophomore EP Would You Rather? in 2018. They also played live as often as they could manage, booking their own gigs and purposely focusing on DIY venues around New York. “We made so many friends with other bands and fans through playing DIY shows,” says Black. “No one was ever stressed about turnout because there was a built-in community, regardless of the fact that you were playing five shows a month.”

Recently featured in a New York Times round-up of “25 bands that prove women are making the best rock music today,” THICK point out that connecting with other non-cis-het-male musicians has been one of the most rewarding aspects of starting out in the DIY scene. And in making their shows as inclusive as possible, “What’s incredible to see is how a lot of different people relate to our music,” says Page. The band partly aims to pass their own self-styled brand of positivity onto the crowd. “There’s always a hint of hopefulness in our music—like, whatever happens, we’ll push through it and it’s all gonna be okay,” says Sisti. Black adds: “Even if the world is caving in, you’ve gotta just take it day by day. It’s good to be angry, but just remember to keep your head up and keep your friends close.”

Born from the ashes of CT mainstays Heavy Breath and Warm in the autumn of 2016, Videodome spent a year working hard on their debut EP, "Nocturnal Omissions." In five blistering tracks, Videodome consolidate their post-hardcore, classic rock, sludge and noise rock influences into a unique mixture, featuring lyrics exploring what it means to be queer, drunk and depressed in the boring dystopia we call 2018.

Dr. Martino is a high energy, garage rock trio influenced by 60s pop and surf music. Sharing songwriting duties, Amy Shaw and Simone Puleo compose sharp guitar and vocal driven pop songs, propelled by the booming, wild drumming of Mike Kaminski. The music of Dr. Martino rifles through a gambit of retro genres, and the lyrics from song to song evoke a spectrum of emotions and moods from humorous to melancholy, nostalgic to forward-looking. 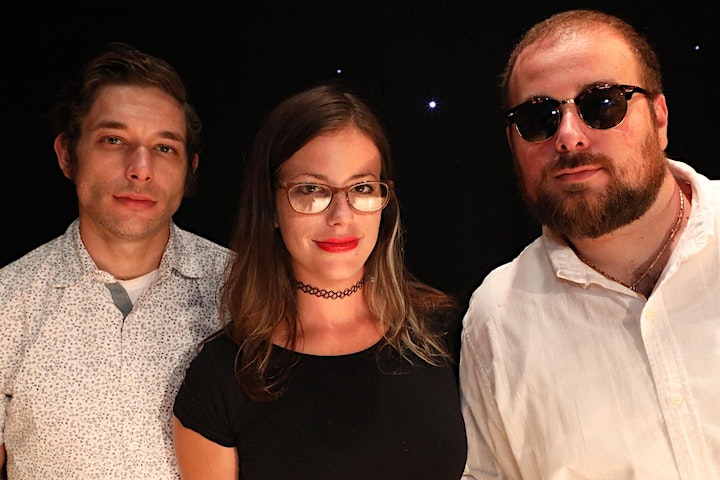